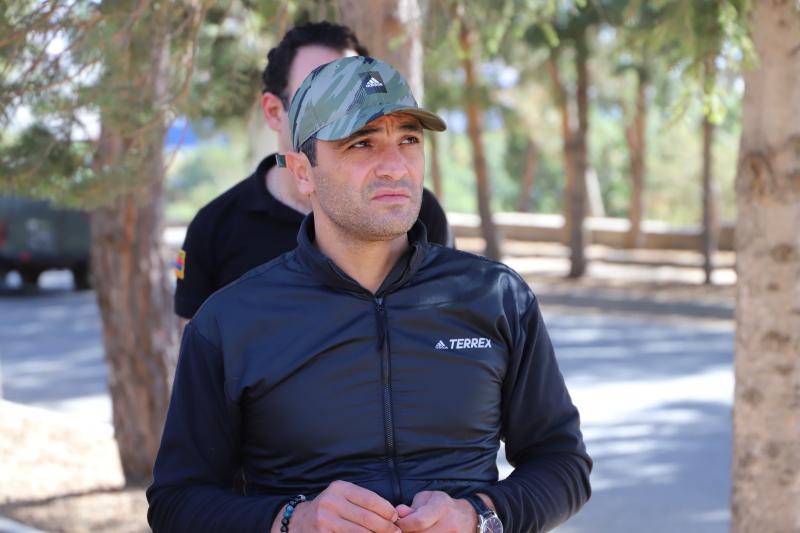 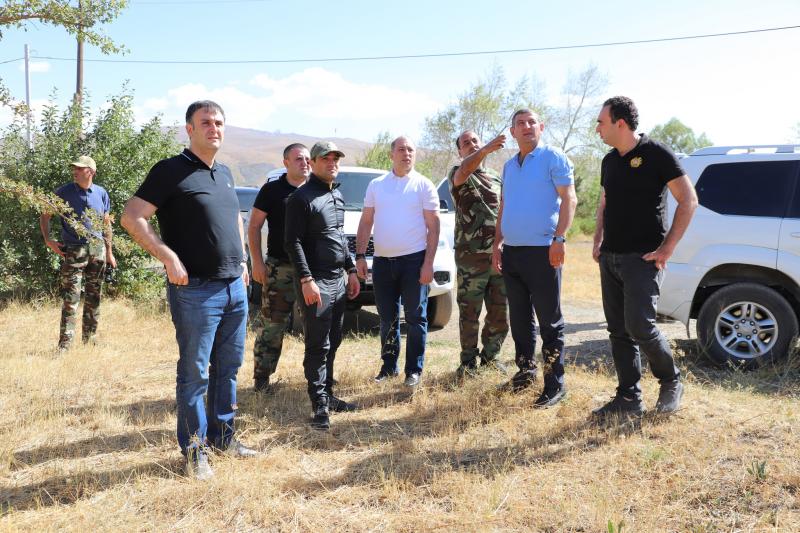 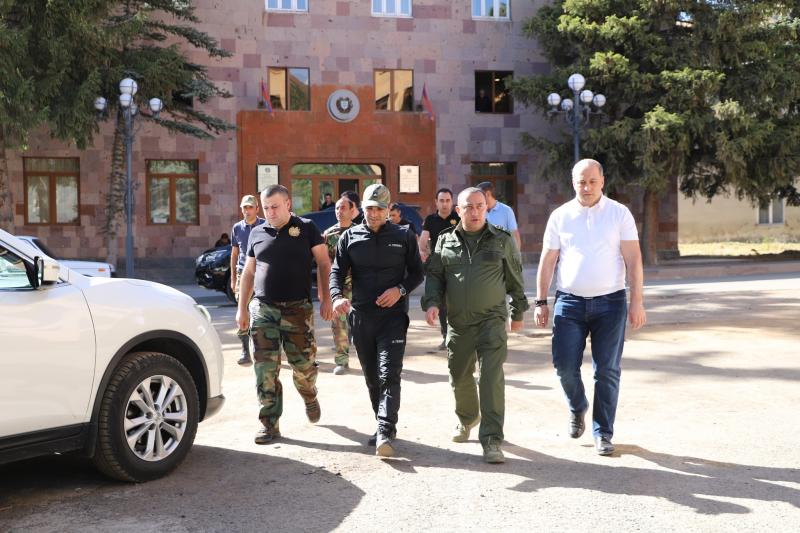 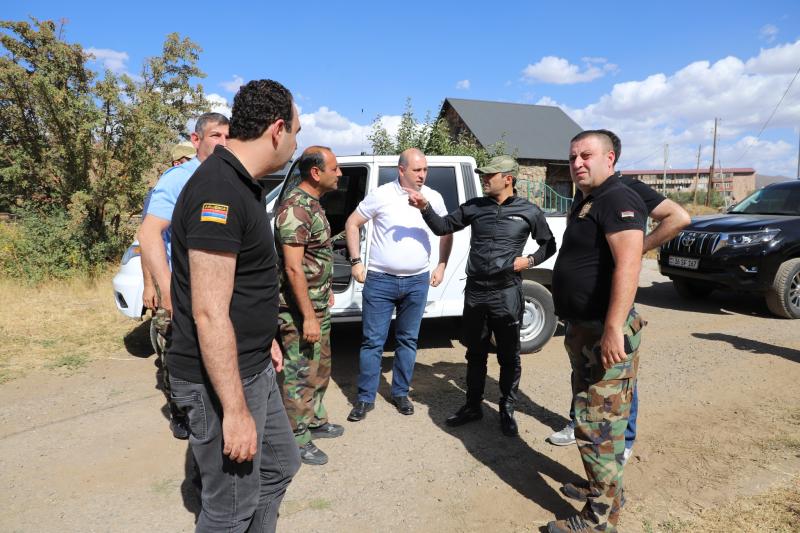 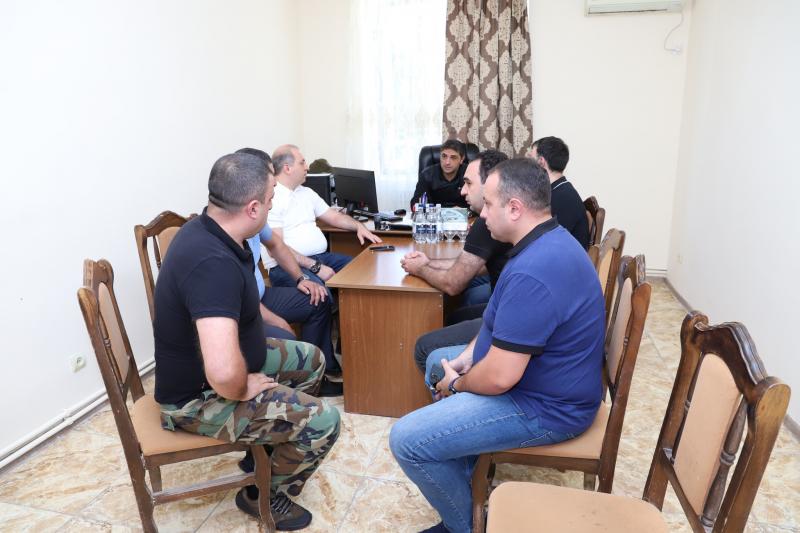 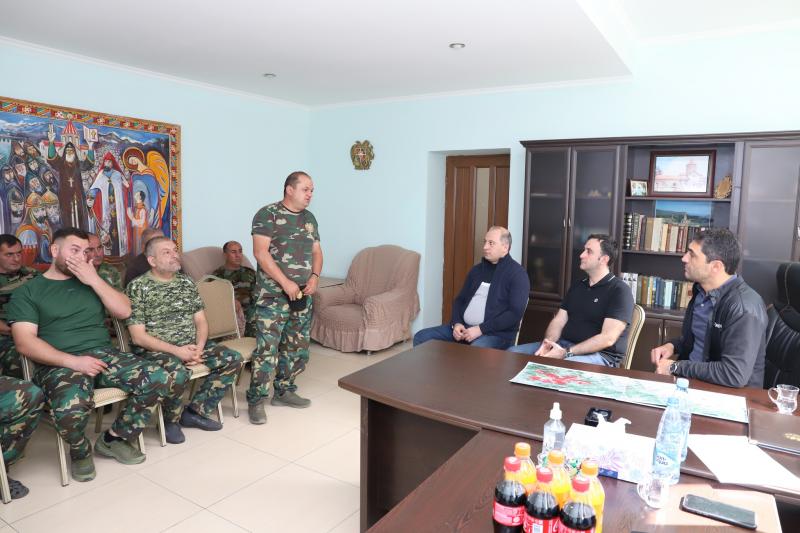 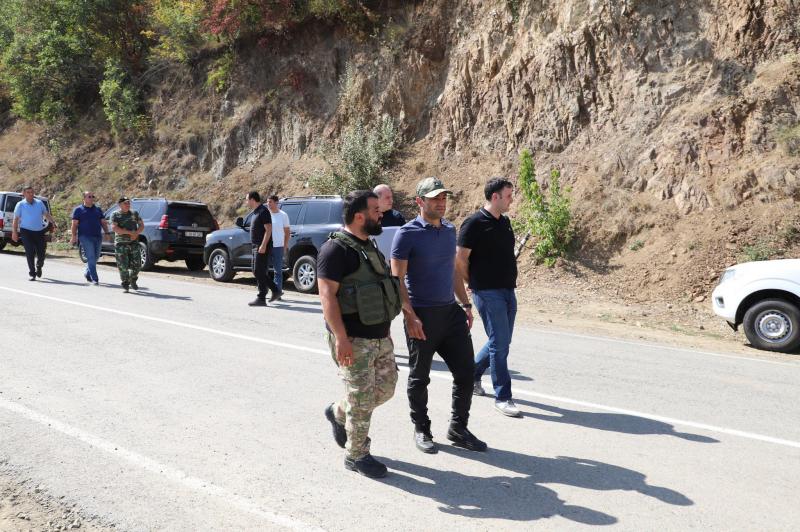 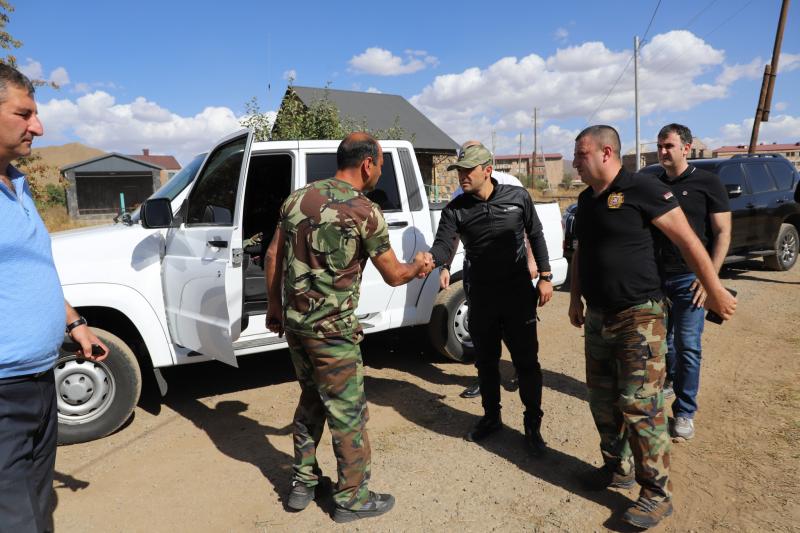 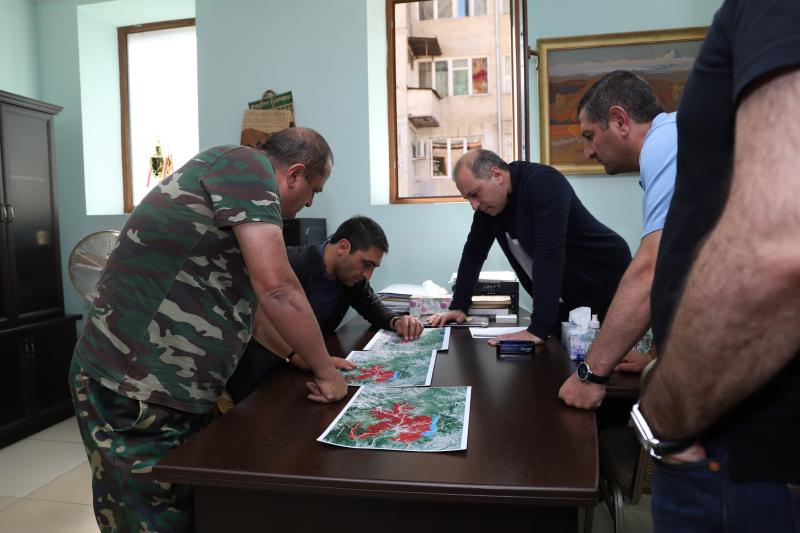 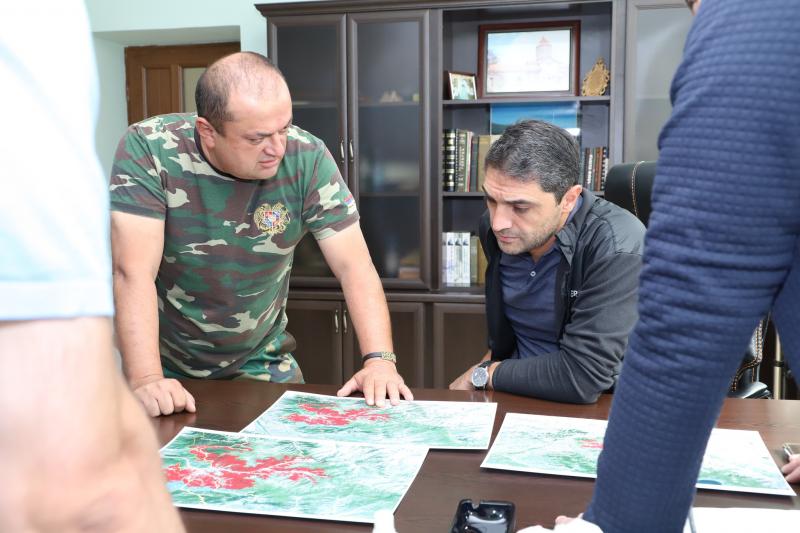 Minister of Environment Hakob Simidyan, Deputy Minister Aram Meimaryan, Chairman of the Forestry Committee Vladimir Kirakosyan, Assistant Minister Khachik Bekyan, First Deputy Chairman of the Committee Sergo Atanesyan, Acting Director of Armles Sevak Markosyan, Advisor to the Director Vigen Chilingaryan paid a two-day working visit to Vayots Dzor and Syunik.
During the on-site visits, the damage caused to the environment as a result of Azerbaijan's large-scale aggression against the territory of the Republic of Armenia since September 13, both in forest and non-forest territories, was examined and inventoried.
Fires caused by the large-scale aggression of Azerbaijan caused great damage to the Jermuk forestry of the Vayots Dzor region. Forest fires in this area caused significant damage to the biodiversity of the 10-hectare area, including endemic flora and fauna, which led to land degradation.
The implementation of special studies is necessary to assess the direct and indirect impact of military actions.
The working group headed by the Minister visited the branches of "forestry of Vayots Dzor", "forestry of Sisiana", "forestry of Syunik", "forestry of Kapan" SNCO "forestry of Vayots Dzor", "forestry of Sisiana", "forestry of Syunik", "forestry of Kapan" forestry Committee of the Ministry of Environment.
Minister Hakob Simidyan held meetings with the staff to first thank them for their coordinated work in a tense situation, and then together draw up roadways for the rapid restoration of forest areas:
The Working Group witnessed the extinguishing of at least two fires in the forest areas of Jermuk:
In Syunik region, the Minister together with the working group visited the village of Shikakhoh, the state reserve "Shikakhoh", then in the administrative building of the branch "Shikakhoh" held a meeting with the staff of the branch. The Minister also visited the settlements of Srashen and Nerkin Khand and the Sycamore Park Reserve, where he met and talked with citizens and employees of the Zangezur Biosphere Complex.
Recall that a few days ago, on behalf of Minister Hakob Simidyan, the Ministry addressed a corresponding letter to representatives of the diplomatic corps, international organizations and partners in order to once again draw their attention to the real danger of environmental disasters as a result of Azerbaijan's large-scale aggression against the territory of Armenia.