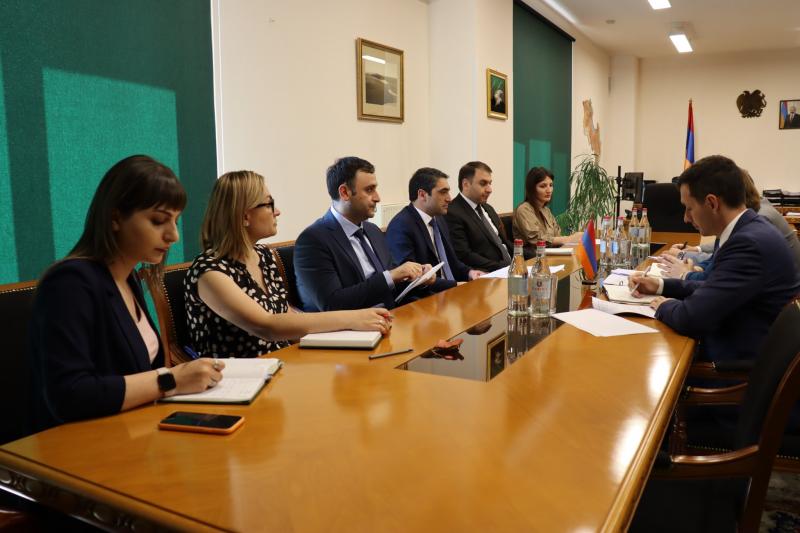 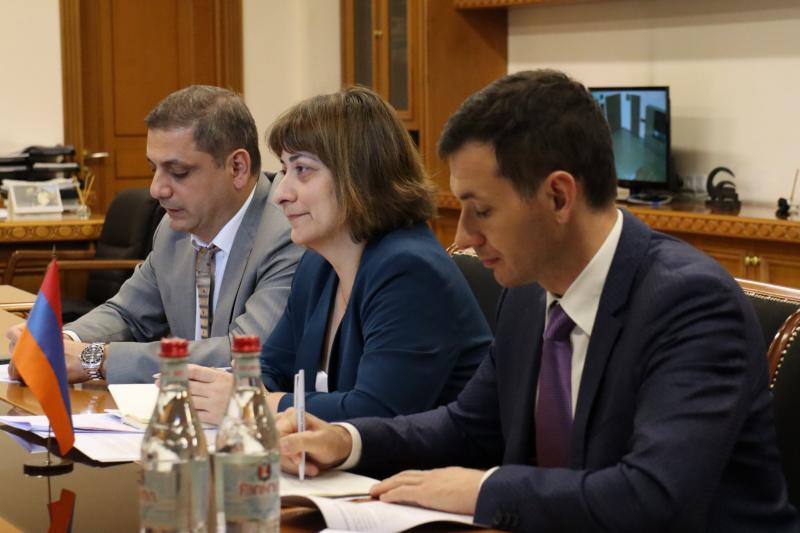 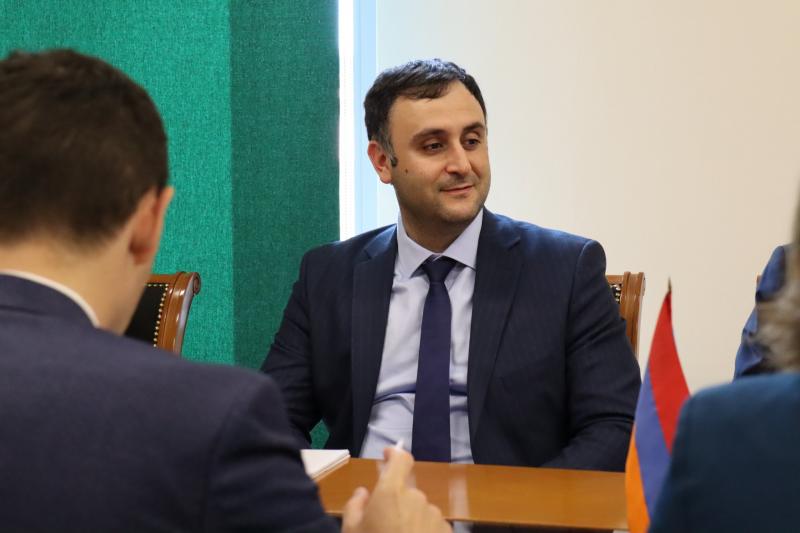 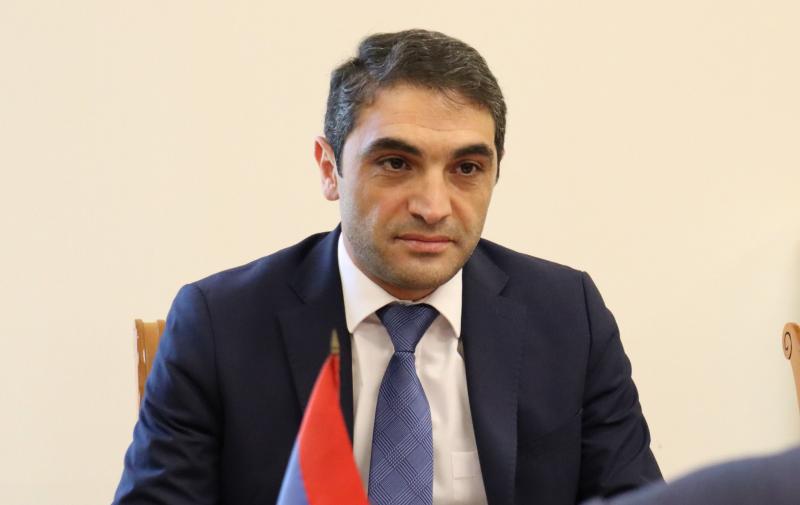 Minister of Environment Hakob Simidyan met the delegation headed by the UNDP Permanent Representative in Armenia Natia Natsvlishvili.
Greeting colleagues at the Ministry of Environment, the Minister referred to the good practice of long-term cooperation and exchange of experience between the Ministry and UNDP.
Cooperation between the Armenian Office of the United Nations Development Program (UNDP) and the Ministry of Environment of the Republic of Armenia has been going on for more than 20 years.
During the meeting, the interlocutors discussed the manuscripts achieved within the framework of jointly implemented joint programs, current results and existing problems.
Currently, under the coordination of the Ministry, UNDP is implementing 9 programs and initiatives and 1 program for joint coordination of IOD and TCE.
The above-mentioned programs are implemented by UNDP with grant funds allocated to Armenia by the Global Environment Facility (E), the Green Climate Fund (GCF), as well as with funding from the Governments of the European Union, Sweden and Japan.
In particular, the program "Reducing the risks of investments aimed at energy-efficient modernization of buildings" was touched upon. The environmental goal of the program is to reduce greenhouse gas emissions that result from energy consumption in buildings.
The Ministry of Environment, as the coordinating agency of the program, is fully aware of the importance of the successful implementation of this program, the success of which largely depends on the cooperation of the State-local governments and the private sector.
The Minister informed his colleagues that by today's decision of the government, the processes of submission, consideration and approval of applications and subvention packages will be carried out during the year preceding the year of implementation of the subvention program.
"The government allocates the priorities of subvention programs according to a certain logic of community development. We must do everything possible to ensure that energy-efficient modernization of buildings is considered a priority in a number of subvention programs," the minister said.
The program "Conservation and sustainable management of land resources and expensive ecosystems in the Lake Sevan basin for multiple benefits" was also touched upon, one of the important components of which is the testing and implementation of the agroecological payments system. As the main effect of this new financial incentive system, it is expected that it will contribute to preventing the degradation of pastures.
The Minister informed his colleagues that through separate professional discussions and working meetings, an effective start and smooth running of the program will be ensured.
At the end of the meeting, the parties once again stated that it is necessary to intensify existing cooperation and confirm their readiness to make efforts aimed at developing joint programs.